This week, we would like to demonstrate the technique we used to create vegetation in our film. Since we want a painterly style which is hard to reach with standard modeled trees, we decided to apply a texture to one-dimensional planes instead.

Obviously, the trees won’t be able to react correctly to light this way, so we are working on multiple versions of the texture (each having a different lighting) that we will switch depending on the direction of the sun in the shot. As for the shadows, they will be cheated using a second version of each tree, invisible and rotated 90 degrees, so that we can get a shadow even when light comes from the side.

One of the great advantages of this technique is that we can add a lot of trees without making our scenes too big or unstable.

So, here’s the texture : 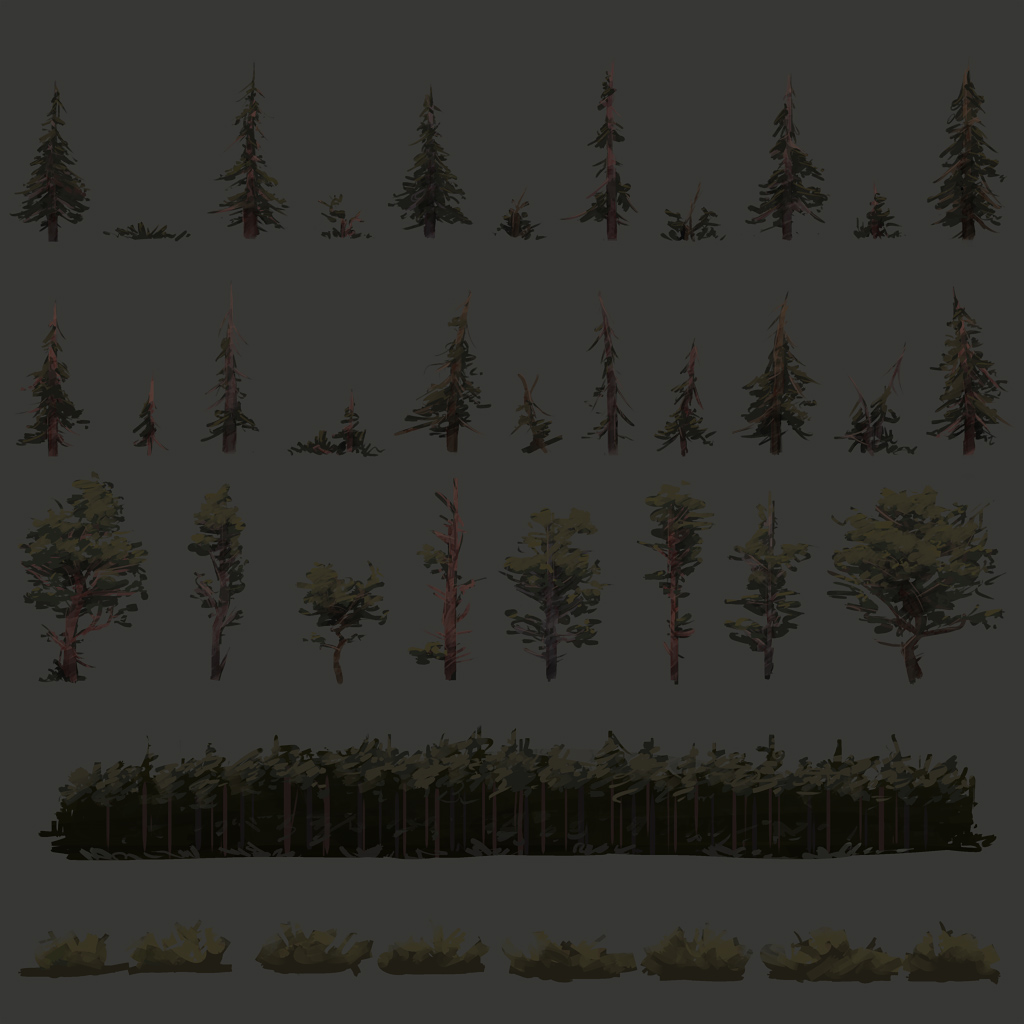 And the result in an unlighted scene :

That’s it for now. See you next week!

For the animation lovers out there, here’s a new shot that Carl animated last week! Note that we will start naming shots with their actual production name from now on to make it simpler for us. So today, the shot we’re showing you is the eleventh of the nineteenth sequence.

Apart from that, here’s a little update on the set textures. I’m still working on low-rez camera-projected textures, but as soon as I’ll be satisfied with the overall colors, I’ll start transfering it back on the models containing UVs so that I can fix all the glitches resulting from the projection. Here’s an example of a new color pass I did on this part of the set.

That’s all we got for this week. See you next time! 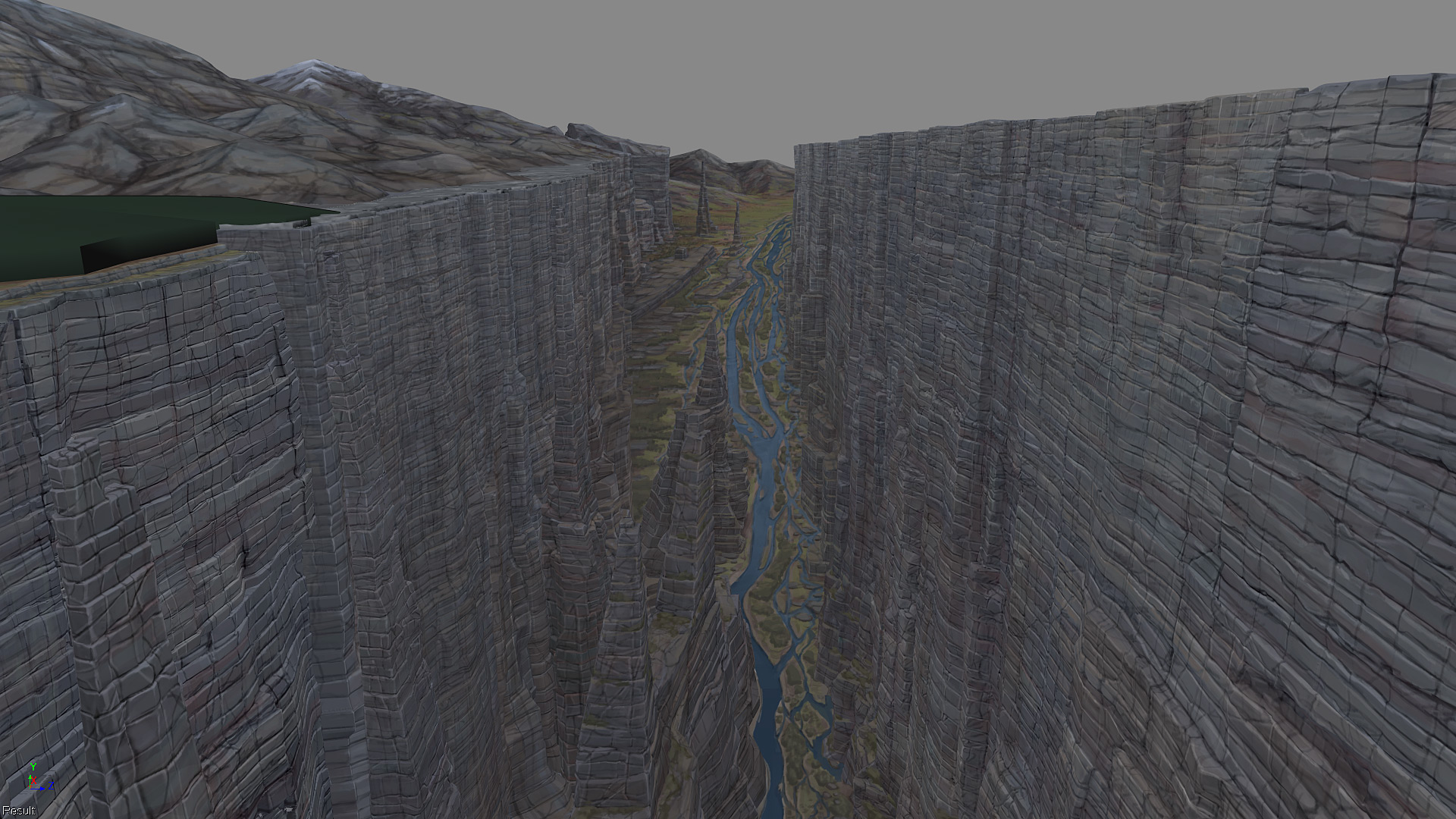 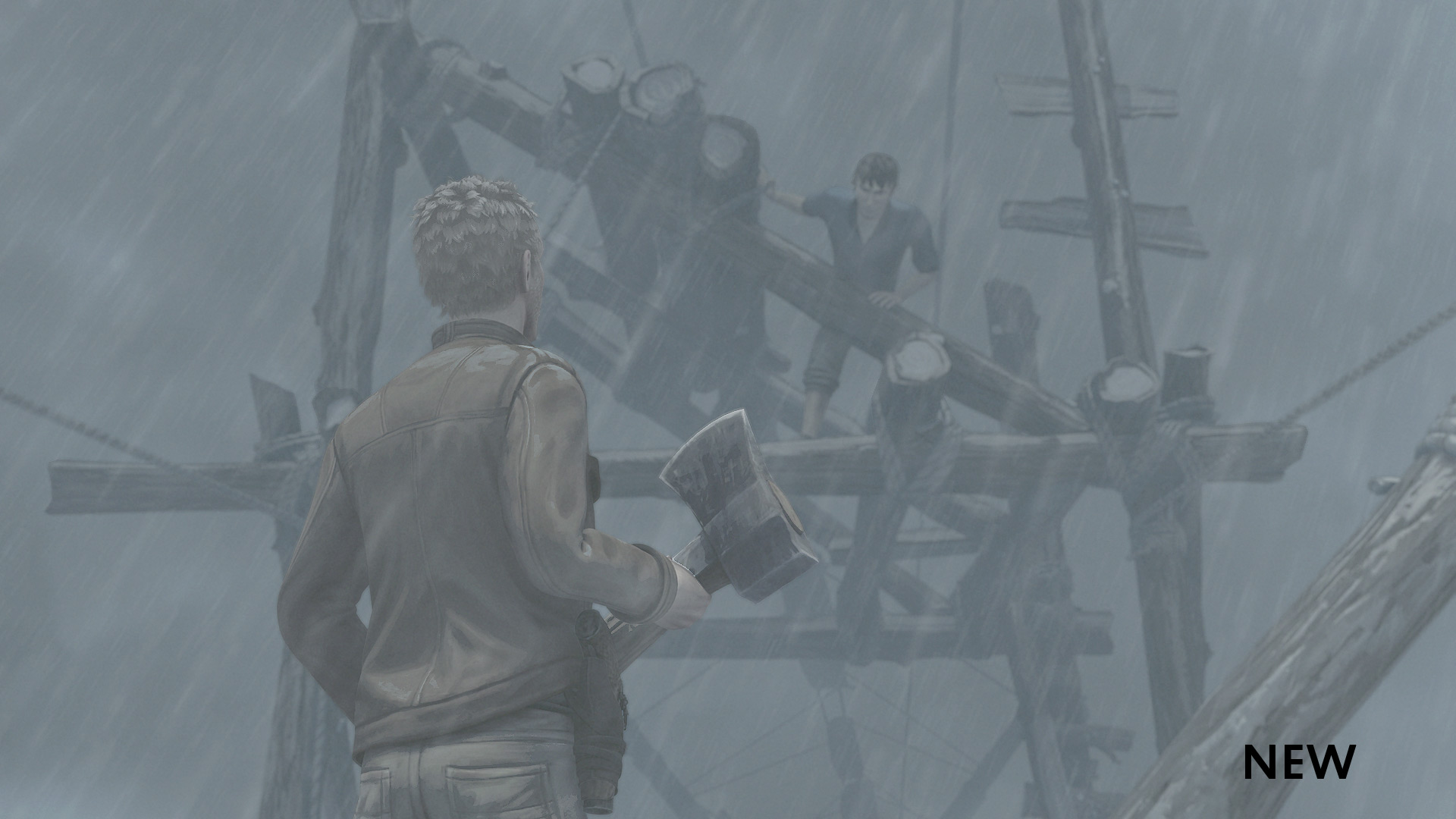 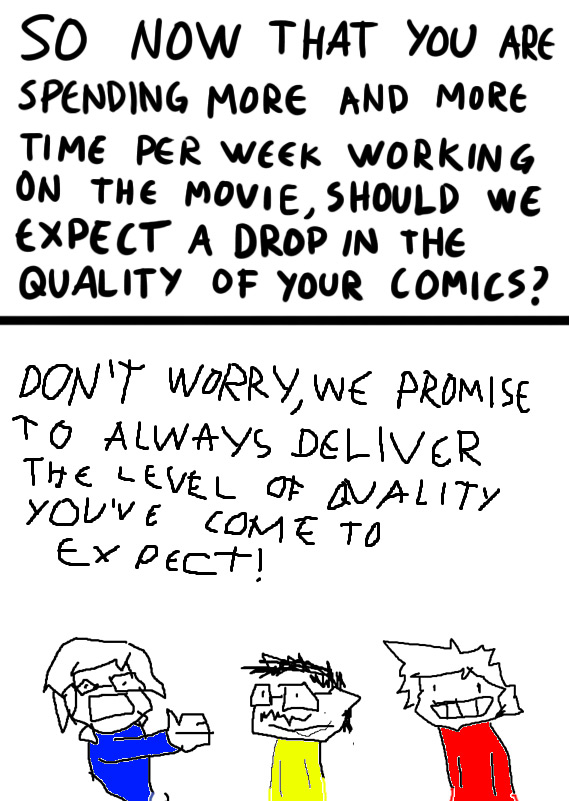 We’re back with more news from le Gouffre™!

We went filming our new animation refs today so here’s a little edit of the best shots!

Of course it’s never perfect, but it’ll make the job a hell of a lot easier when comes the time to work out the keys poses.

As for compositing, we’ve now got 3 shots mostly finished. And we got to say, the third one is already a notch better than the first one we showed so we’ll probably end up reworking it a little. Stay tuned for more updates on this in the upcoming weeks!

For now, here are a few screencaptures that show the progress on the canyon textures… as well as Steinn’s backpack! 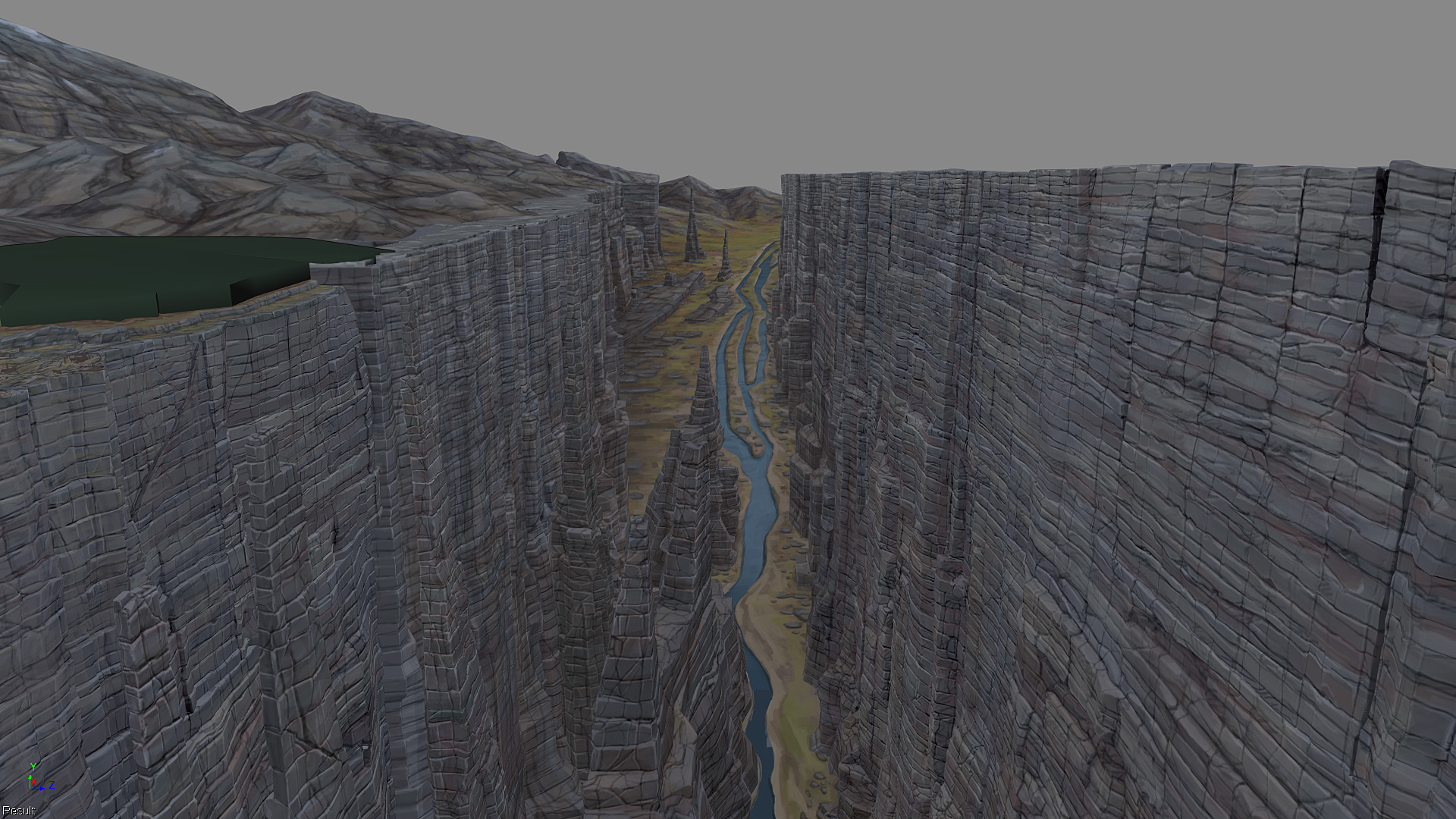 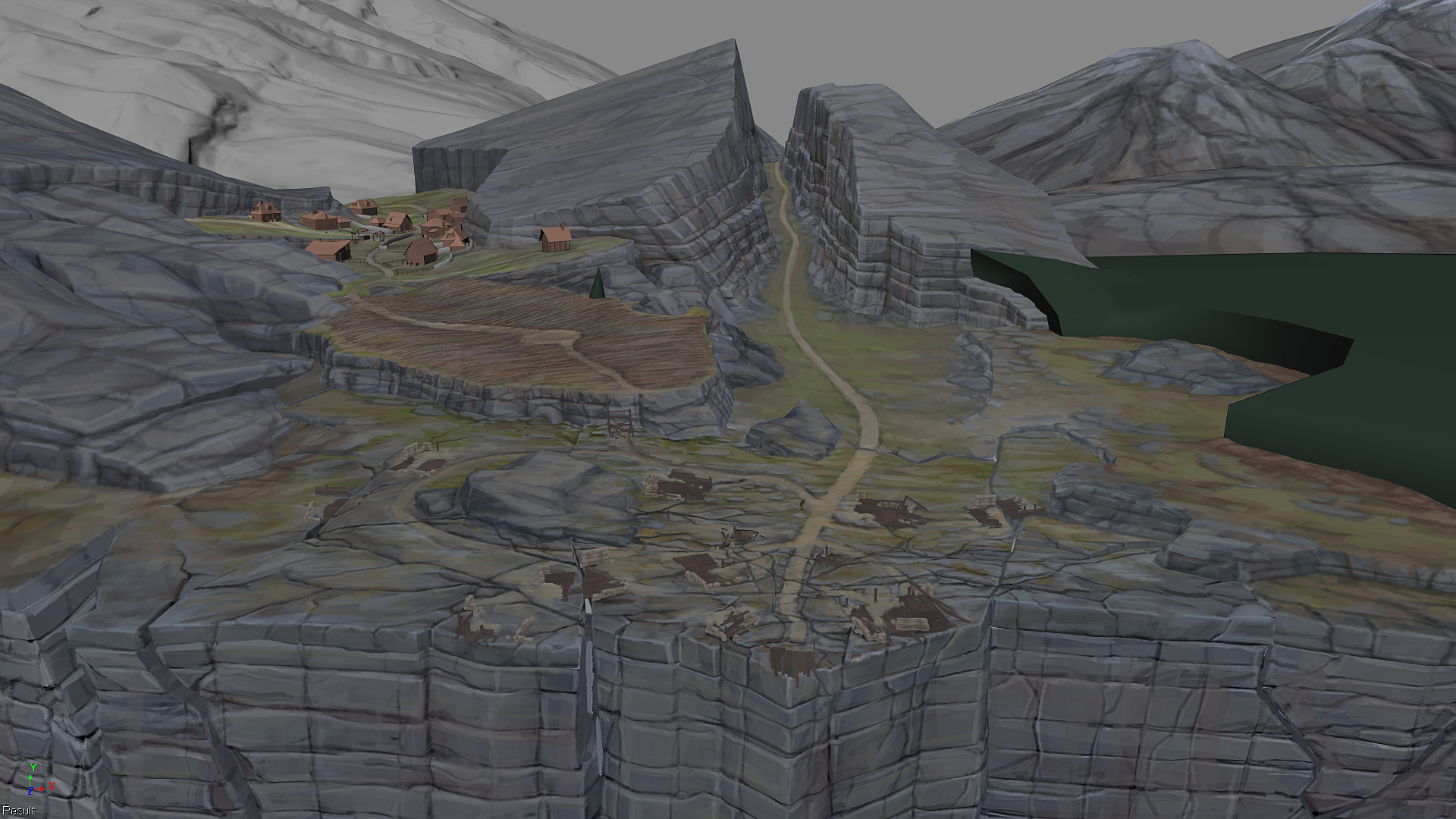 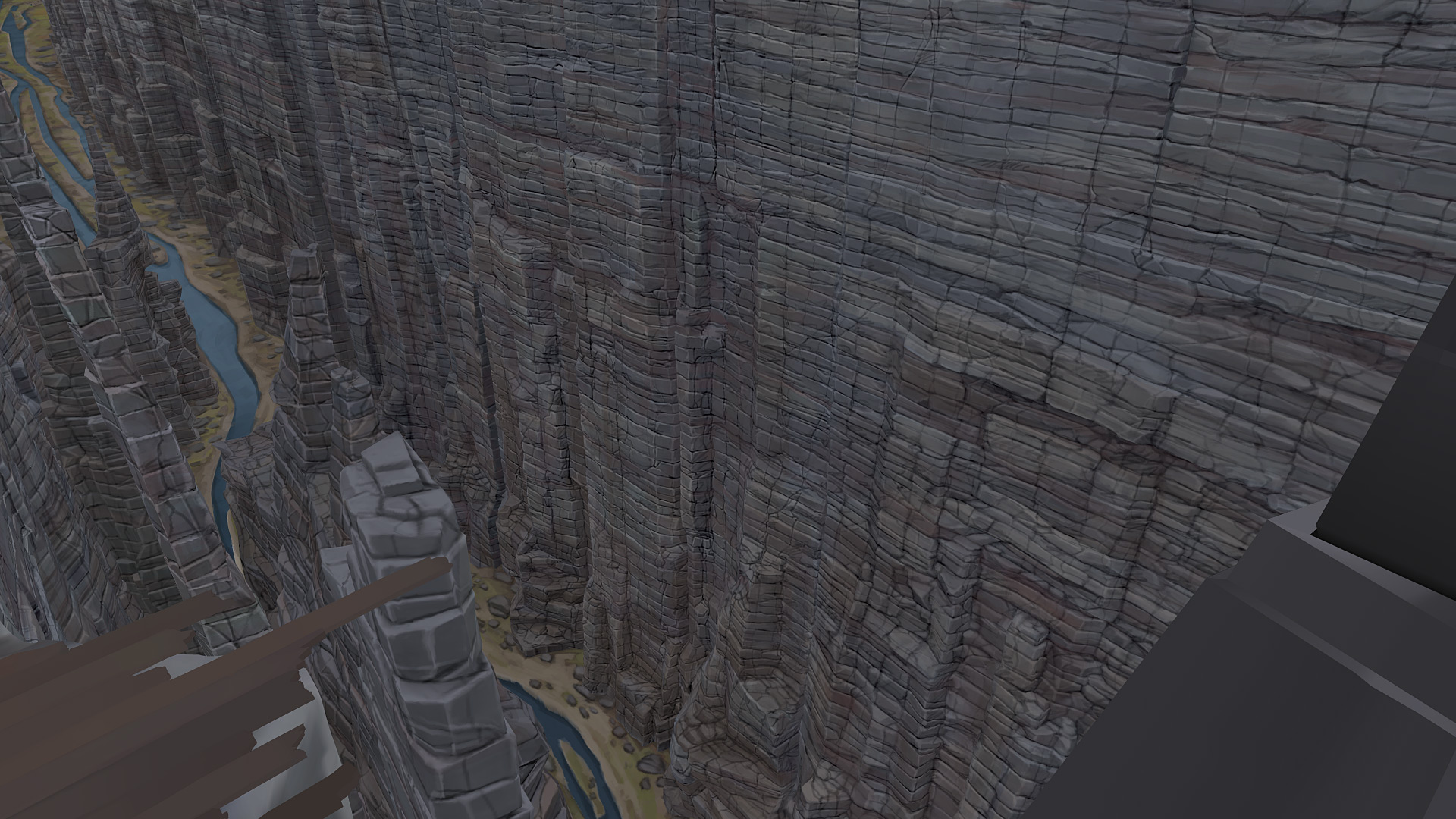 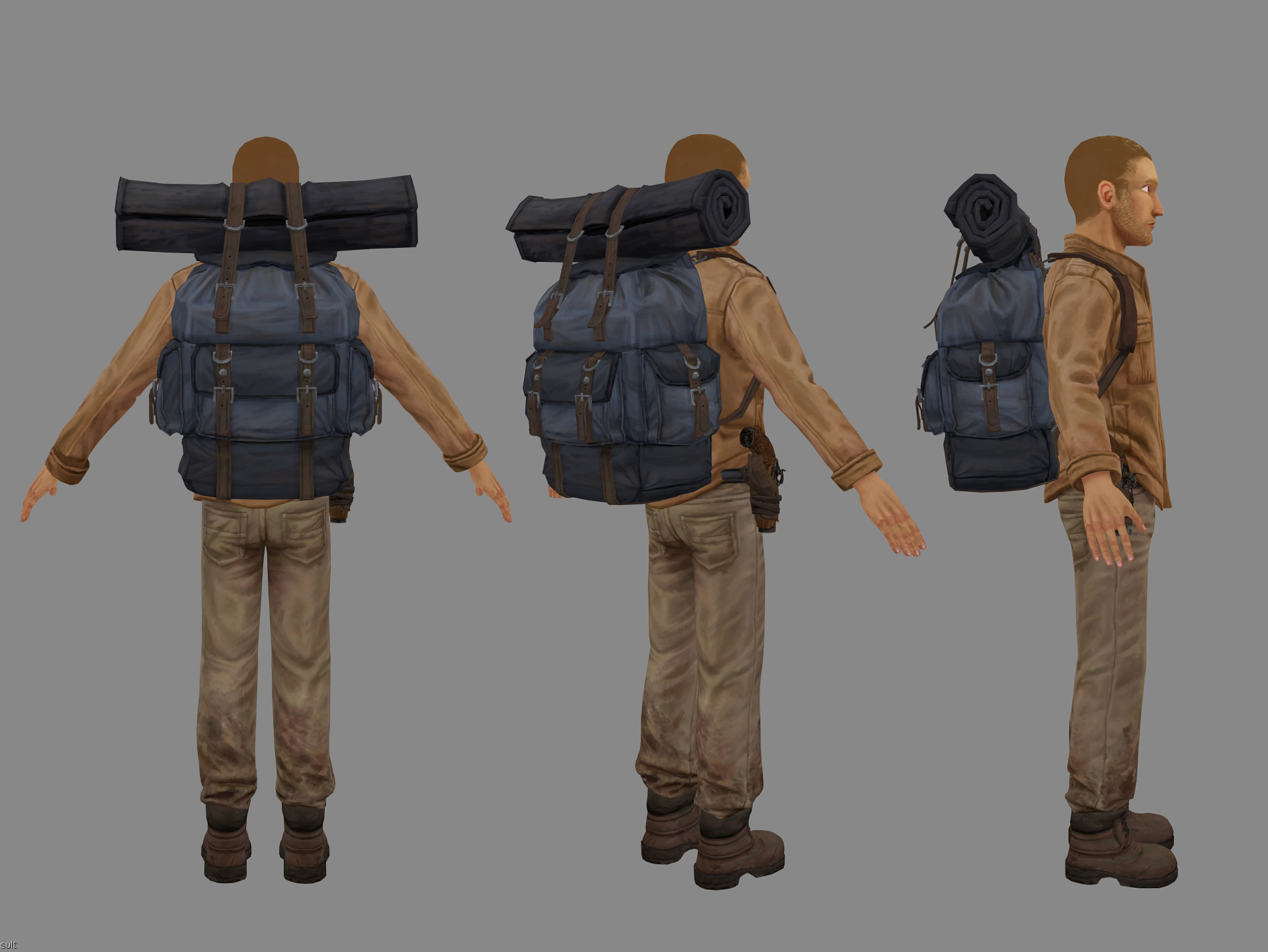 That’s about it for this week. See you next Wednesday!